Introduction: Our sleeping pattern changes with the turn of the season. It is true that having a good sleep depends on our behavior to a large extent, but at the same time, it is also true that external environment also dictates the sleeping pattern. Winter is a particularly important season in this regard. The cooler, drier air does yield some benefits; the atmosphere and changes to sun cycles can play a significant role in sleep quality. A drift of season to spring, summer, and fall also affect us in different ways.

Sleep Like The Dead said: “The most important source of our activity elate cycle is Vitamin D, which we get from sunlight. In winter, the days get shorter, making us bound to have low Vitamin D.  This lower level of vitamin D levels has been associated with greater daytime drowsiness, and changes in light-dark cycles can also affect the releases of melatonin thus making us feel tired in quick time. The lack of sunlight in winter season thus enhances the potential for increased feelings of depression and fatigue as well as overeating”. 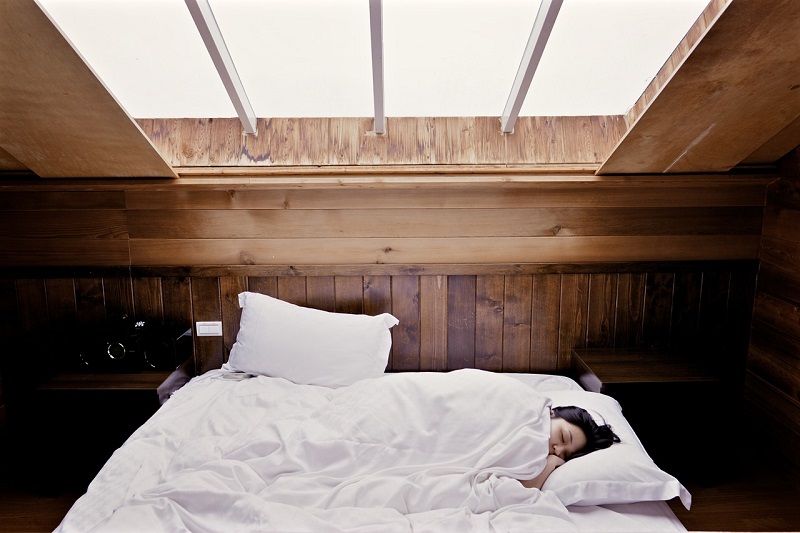 Role of temperature in Sleeping

With the sensation of drowsy feels, the internal temperature of the body slightly dips. It stays low until few hours before waking time. It has been found out by the researchers that cooler and ambient air has a role to support the natural deep sleep process of our body. The ideal room temperature for rest is between 60 and 70 degrees – though it depends on personal preference to a large extent. It is also dependent on clothing, and bedding too. Such coolness in climate has thus helped to create a good sleeping atmosphere for people. A warm bath one to two hours before sleeping will help caressing the body before a swift retreat to the bed. This warmness can also be imparted when we expose the mattress in the sun in the morning time after waking up from the bed.

The summer comes with a warm climate that makes the process of sleeping harder effort. It brings out hot and sticky feelings. Such a feelings and affair takes up discomfort along with it. This type of weather prevents the body from settling into deep sleep and reaping the good hormones released in deeper stages of rest. Use of mattress that is sure to impart hardness to body parts increases discomfort too. Knowledge of appropriate mattress for one’s configuration is solemnly important. This disharmonious situation can be tackled with proper Air Conditioning. Besides this, using of ceiling fans and keep windows open during time are other antidotes to get rid of such harshness in climate. It is also advisable not to eat closer to bed. The politic of digestion helps the body temperature creep up. The body will need further air circulation as well. It is needed that lightweight and natural fiber bedding and pajamas are thus advised.

Community Counts said: “Good sleep can be brought about with gentle raining. But, the brisk shower or the rain accompanied with thunders and storm that bring noisiness curbs it highly. An intrinsic study revealed the fact that the severity of symptoms has increased with the lower atmospheric pressure associated with weather systems. It is also true that link between thunderstorms and asthma has also been documented, perhaps due to increases of pollen in the air. Reveal of pressure points during sleep has roles in segmenting proper sleep practices. Use of extra hard and soft mattress is sure to give the sleep a negative acumen and it affects the sleeping practices too”.